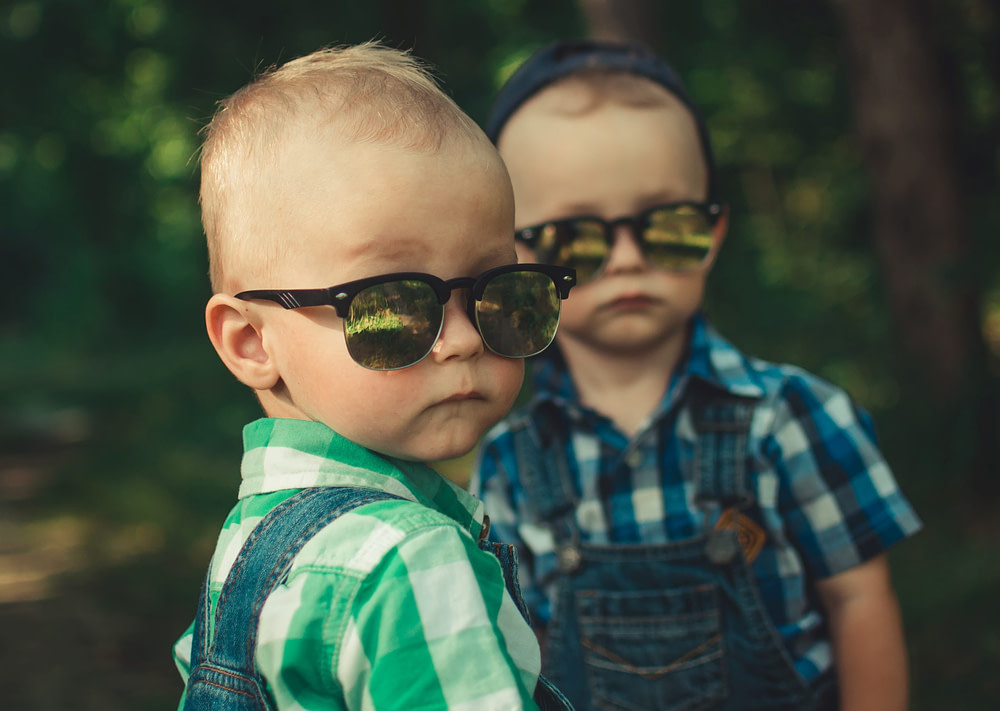 Apparently Boris Johnson has it and his counterpart Keir lacks it. The ‘it’ is known as ‘charisma’. But what is it and what use is it to you?

“Do you sometimes feel a bit envious that he’s able to cheer the country on? That somehow he is quite charismatic.”

“My concern about the Prime Minister is he is good on the rhetoric but he’s not good on governing.”

Come on Keir — no twinkle in the eye? Not even a bit of self-deprecating humour to liven things up? Please, please run your fingers through your perfectly carved hair — and release a tendril so we can admire the way it tumbles carelessly over your forehead.

Of course that sounds frivolous — we should be talking about policies and people’s lives — not hair. But — and it is a big but — to gain and stay in power you need more than policy — you need personal presence as a leader. You need to garner influence and you need loyal supporters. We don’t need to be a politician to find ourselves in situations where we need to garner influence — it might just be getting a shopkeeper to donate a box of chocolates for your raffle.

So it looks like this charisma thing could be a useful tool — doesn’t it? But it is more than a word and it is often a word thrown about lazily. The quality of ‘charisma’ is layered with subjectivity and tipping points. You and I will have our own responses to the charisma factor of an individual and there is charisma on superfical steroids up one end and a more subtle but deeper quality of charisma at the other.

Why are some people considered charismatic?

You could think someone was oozing with charisma while I found them to be an arrogant bore who reminded me of my ex. Neither of us is right or wrong. Our response will be influenced by our baggage and our own character.

You could think someone was oozing with charisma while I found them to be an arrogant bore who reminded me of my ex. It’s obvious that charisma is in the eye of the beholder.

This subjective quality of charisma is illustrated clearly in a recent ‘You Gov’ poll on ‘what the world thinks’ about Boris.

Feelings about someone’s charisma factor are based on emotions and the judgement is subjective.

My father was described as ‘charismatic’ — and I could see why. But I have struggled to embrace this quality (which apparently I do have) — for fear of being all the other things I felt my father was!

I can see those negative things in Boris. I don’t know him personally — I am only going on a hunch. But I am not making up what I can see. There are ‘charisma’ behaviours that Boris displays in public. They are not all good or bad — but they are, I believe, deliberate. He is a showman.

What are the ingredients of ‘Boris Charisma’?

A quick rummage through YouTube clips of interviews with Boris and Keir throws up some blatant charisma ‘vibe’ differences.

I deliberately made my observations of Boris by watching a ‘serious’ interview — to level the Keir/Boris playing field.

This is what I spotted:

This is not a list of right and wrong, I am simply unpicking this ‘thing’ that Boris is described as possessing — a thing labelled ‘charisma’.

What about sensible, steady, solid Keir?

I have already pointed out that charisma is subjective. Charisma is also judged alongside context.

In our ‘positivity meme’ and ‘celeb-drama’ craving times, Keir is an irksome interruption of factual doom and gloom.

If we turn back the clocks to the year I was born — 1957, some had a different requirement from political party leaders. Being a bit dull was an asset after the previous decade of drama.

Here is an extract from The Manchester Guardian discussing Harold Macmillan’s TV appearance in November of that year:

It was the manner rather than the matter of Mr Macmillan’s speech which was important…. He looked the viewer in the eye and managed to both look ‘sad’ at Sir Anthony’s retirement — and confident, about the future, without seeming over-confident. He appeared a good solid man in whom any family might trust — even a little dull, as all dependable men may be allowed to be at times…

From ‘Personality Appearance and Speech’ by T.H Pear

How come he could get admired for this when Keir is slated for the same quality?

A recent Ipsos MORI poll looked at how Keir was performing a year into leader of his party.

The public were asked to rate Keir and Boris on personality traits.

Johnson led Starmer on having ‘a lot of personality’ and being a ‘strong leader’ whilst Starmer only led Johnson on a rather important yet possible dull trait — ‘he pays attention to detail’.

Charisma is the mask behind which awful leaders climb and the blocker to those truly great leaders that do not possess it. Roger Philby

What about the ‘bad boy’ appeal?

Returning to the above mentioned YouGov poll, the public were asked what animal Boris was like and which house he would be in if at Hogwarts.

At this point I am thinking of my response to The Phantom of the Opera and Silence of the Lambs. I will move on swiftly.

Journalist Angela Epstein believes that Keir struggles ‘to shake his robot image’ whereas Boris has a ‘large personality which he displays regularly’.

And Joe Peck of the Young Fabians echoes this by pointing out that Boris drowns out the ‘factual’ detail coming from Keir — by employing ‘sweeping statements with characteristic bluster’.

Is it partly our fault that this kind of charisma is so popular?

Consider this prophetic line from Neil Postman’s ‘Amusing Ourselves to Death’.

As we ‘amuse ourselves to death’, do we both demand and despise personal charisma?

I can’t think about Boris or Keir anymore, so let’s look again at the meaning of charisma and try to ascertain whether you need it.

If you want to go deep on the origins and evolution of the word — go here! But for now — let’s just say there is an elusive, enigmatic quality involved as there is in the term ‘x-factor’ — difficult to define — it just is.

Many of the behaviours seen in Boris are a valid part of rapport building which contributes to charisma. Smiling, using someone’s name, humour and and a certain amount of spontaneity. But there is a tipping point between ‘superficial charm’ and what is often referred to as ‘authentic charisma’.

And this is what matters when it comes to the ‘do I need it’ part of this article headline.

Authentic charisma is based on being real and not the smoke and mirrors enlisted in superficial charm. Superficial, charm-oozing charisma might get you quick wins and blindly adoring followers, but authentic charisma will lead to long term healthy relationships and lasting, mutually discovered, influence.

The former lacks the trust element and the latter has trust at the core.

Right — let’s work on that kind of charisma then — the authentic version. What do we need to do to have people consider us as charismatic in all the best ways.

The 3 key ingredients of authentic charisma?

~ Aside from impression management tweaks, you are who you are as a person and a leader, business owner or speaker.

~ A real listener who is alert to the mood, personality and communication styles of others and open to learning.

Can we think of an example -sticking to male politicians?

I give you Barack Obama. And yes — it could be Michelle too.

{If you want to explore ‘Obama charisma’ deeper and with multi-perspectives — I recommend this research article ‘The Enduring allure of Charisma: How Barack Obama won the historic 2008 presidential election’}

Bottom line, this authentic kind of charisma is well worth cultivating — and cultivate it you can.

But back to you deciding if you ‘need’ charisma.

The rewards of developing your authentic charisma?

People listen to you — willingly.

You have an inner and outer confidence born out of feeling aligned and ‘released’ from the ‘squashers’ of people pleasing, comparisonitis and impostor syndrome.

When you feel aligned it shows — and people trust you and warm to you. You feel more at ease because you are being real.

When you smile from inside to out rather than superficially — people pick up the vibe and you feel confident, relaxed and energised.

When you listen in a truly present way — you give people a gift and you pick up insights that you will then feed back into your conversations and messaging — resonating as you go.

Being charismatic does not depend on how much time you have but on how fully present you are in each interaction.

When you grow in confidence that is built on solid foundations not arrogance, entitlement or showmanship — you keep growing your authentic charisma.

When you do this — your charisma is contagious — in all the best ways.

Sign up to receive the fortnightly email - Podcast update and preview. Curiosity feeders and a tip to help with the inner squashers! Prizes and offers just for you.

This website uses cookies to improve your experience while you navigate through the website. Out of these cookies, the cookies that are categorized as necessary are stored on your browser as they are essential for the working of basic functionalities of the website. We also use third-party cookies that help us analyze and understand how you use this website. These cookies will be stored in your browser only with your consent. You also have the option to opt-out of these cookies. But opting out of some of these cookies may have an effect on your browsing experience.
Necessary Always Enabled
Necessary cookies are absolutely essential for the website to function properly. This category only includes cookies that ensures basic functionalities and security features of the website. These cookies do not store any personal information.
Non-necessary
Any cookies that may not be particularly necessary for the website to function and is used specifically to collect user personal data via analytics, ads, other embedded contents are termed as non-necessary cookies. It is mandatory to procure user consent prior to running these cookies on your website.
SAVE & ACCEPT